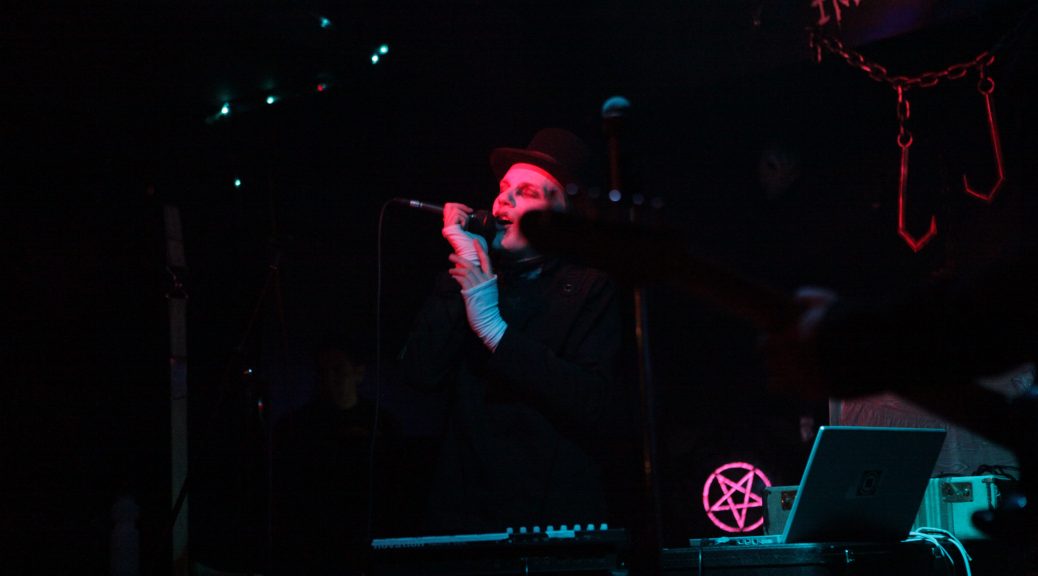 Full Moon Film is no longer available at iTunes – this is a discontinued product but is still available in CD format through Bandcamp.

In 2010, Mohr released the goth/darkwave epic album Full Moon Film and changed the name of his main songwriting continuity from Karl Mohr Audio-Yo to Dead Red Velvet. One can already hear this transition as far back as such songs “Waiters” (1997) and “End Of The Line” (2000). In rebuilding the Tape Life archive, the decision was made to retroactively title the early works back to 1997 as Dead Red Velvet efforts.

Mohr’s dark songs, the alternative musical spaces, cabaret-style piano song expressions are all part of the Dead Red Velvet universe. His output that focuses on lyrics, vocals, songs and musicality are explored in this project, which is very active. There are many upcoming songs and albums waiting in the wings.

Dead Red Velvet is the primary project of Canadian dark electronic producer Karl Mohr. With a desire to give a focus to his shadowy electronic work, he chose the name Dead Red Velvet in 2010. Like many musicians in the genre, Mohr writes and produces alone, and then employs a larger ensemble to realize the songs live. In 2003, Karl Mohr built up, what would become, Karl Mohr & the Fallen Angels. While he had had various live performances in various configurations dating back to 1991, this was really the first consistent live performance unit. First with (“Saint”) Benjamin Mueller-Heaslip on piano/synth, and then Ian (“Revolution”) Revell joined them on electric guitar; this formation added various members including operatic soprano Kristin Mueller-Heaslip, violinist/violist Amanda Penner, film editor Jeremy Munce on the drums, video artist Michael Plourde providing visuals, Carol Bell on theremin, with graphic novel artist Anthony Haley on secondary rap vocals and live large-format sketching.

Karl Mohr & the Fallen Angels disbanded after the summer of 2009, after a number of delirious and failed large-format concerts, as Mohr took some time to reconsider how he wanted to present his music in a live context. After the choosing of the name Dead Red Velvet in 2010, Mohr decided to retain his electronic bed tracks instead of using a full band, allowing him the on-stage freedom to express with the microphone and electronic instruments. Ian Revell of Double Eyelid is a continued collaborator in the live setting providing guitar, keyboard and electronic drums.

Mohr, on his project Dead Red Velvet: “We are still finding our footing and musical balance with the new formation, but it shows signs of being a good balance between the rigid electronic sounds I wish to convey, combined with the organic musicianship we all crave in a live performance.”

The first Dead Red Velvet album, Full Moon Film, was an experiment in darkwave bombast, to push the limits of idea-density and track counts. Mohr claims this album to be his most coherent and consistent work. Of note, his cover of Avril Lavigne’s song “Complicated” (featured only on the physical release of the CD) presents in a heavy darkwave style that hints at black metal and heavy industrial and has received much attention on SoundCloud with thousands of plays and downloads. 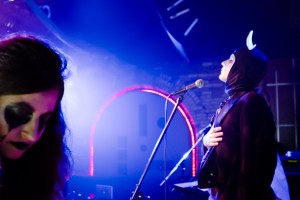 What happens at the bitter end of goth rock? Delightful improvised extemporizing and dramatic lyrics – of course!

Dead Red Velvet – because Dead Red Velvet suffered from the same personality duality inherent in Karl Mohr Audio-Yo, there needed to be an extraction of the dark techno, electro-darkwave, EBM, horror disco, vocal industrial, hard and edgy and loud material from the more organic and song-oriented material: Dead Red Velvet remains focused on this material. Trimming down to the electro-industrial/dark-techno genres, it allowed for an electronic-oriented, repetitive (dancefloor) song-space between the sprawling art ballads and the torrential bitstorm of Jurgen Charge. This project is very active with many songs in development.

Separating the dark electronic, industrial, gothic rock and high-octane thrills from the cabaret, art song and mysterious musicality – the latter forms a new whole with an emphasis on piano extemporizing, harmony from classical and jazz, murky ambient moods.

Many Dead Red Velvet albums are underway with remastering, but also writing, recording and mixing. New material is starting to infiltrate established collections thus protracting the release schedule. 2019 should see the release of Skeleton Shore, Born Under Gothic Arches and To The Vault Again should be out before the end of 2018. Hades Has Risen and Broken Bottle Beach will likely be released in early- to mid-2019. Velvolution has a longer-range plan and is an album of entirely new material – it may emerge as late as 2020, and could very well be the last chapter of Dead Red Velvet.

The song “Iron Mountain” popped up briefly on the Karl Mohr short-run CD album Tools For The Analog Revolution and is slated to be released again on a new album called Skeleton Shore through Tape Life Records in 2018. Check out this official Tape Life Records music video by director Elizabeth Fearon.